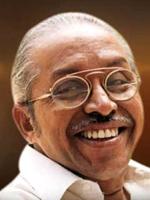 Ottaplakkal Nambiyadikkal Velu Kurup, popularly known as O. N. V. Kurup or simply O. N. V., is a renowned Malayalam poet and lyricist from Kerala, India, who won Jnanpith Award, the highest literary award in India for the year 2007. O. N. V. Kurup is also a lyricist in Malayalam cinema. He has penned a lot of lyrics for dramas and TV serials also. He received the awards Padma Shri in 1998 and Padma Vibhushan in 2011, the fourth and second highest civilian honours from the Government of India. In 2007 he was bestowed an Honorary Doctorate by University of Kerala, Trivandrum. O. N. V. is known for his leftist leaning. He was the Left Democratic Front candidate in the Thiruvananthapuram. 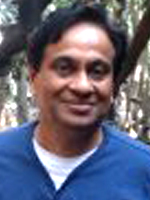 Chittenipattu Puthenveettil Rajendran, also known among his peers as CP is an Indian geologist who has worked mainly in paleoseismology and Indian geology. 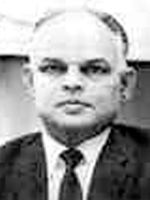 K C Sreedharan Pillai was an Indian statistician who was known for his works on multivariate analysis and probability distributions. Pillai studied at the University of Travancore in Trivandrum. He graduated in 1941 and obtained his Master's Degree in 1945. He was appointed a lecturer at the University of Kerala in 1945 and worked there for six years until he went to the United States in 1951. 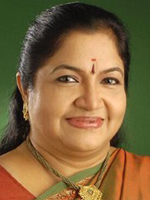 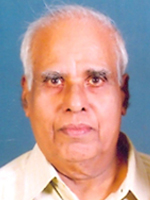 K.S.S.Nambooripad is an Indian mathematician who has made fundamental contributions to the structure theory of regular semigroups. Nambooripad was also instrumental in popularising the TeX software in India and also in introducing and championing the cause of the free software movement in India. He was with the Department of Mathematics, University of Kerala, since 1976. He served the Department as its Head from 1983 until his retirement from University service in 1995. After retirement, he is associating with the academic and research activities of the Center for Mathematical Sciences, Thiruvananthapuram in various capacities. 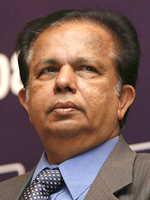 G. Madhavan Nair is the former Chairman of Indian Space Research Organisation and Secretary to the Department of Space, Government of India since September 2003 and was also the Chairman, Space Commission. He was succeeded by K. Radhakrishnan. He was also the Chairman of Governing Body of the Antrix Corporation, Bangalore. Madhavan Nair was awarded the Padma Vibhushan, India's second highest civilian honour, on January 26, 2009. He also served as the Chairman, Board of Governors, Indian Institute of Technology Patna until he stepped down voluntarily due to his alleged involvement in Antrix-Devas deal. 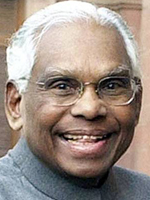 Kocheril Raman Narayanan was the tenth President of India. Born in Perumthanam, Uzhavoor village, in the princely state of Travancore, and after a brief stint with journalism and then studying political science at the London School of Economics with the assistance of a scholarship, Narayanan began his career in India as a member of the Indian Foreign Service in the Nehru administration. He served as ambassador to Japan, United Kingdom, Thailand, Turkey, People's Republic of China and United States of America and was referred to by Nehru as "the best diplomat of the country". T. K. Doraiswamy, also known by his pen name Nakulan, was an Indian poet, professor of English, novelist, translator and short fiction writer, who wrote both in Tamil and English, and is known for his surrealism and experimentation as well as free verse. He served as Professor of English, Mar Ivanios College, Thiruvananthapuram for four decades. During his literary career which started in his forties, when he started writing in Ezhuthu, a literary magazine founded by C. S. Chellappa, he wrote a novel and six books of poems in English, and nine novels and five books of poems in Tamil. His English work was mostly published under his real name, while Tamil works often appeared under his pen name. 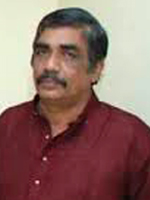 Dr. Nellickal Muraleedharan was a noted writer and poet in Malayalam. Dr. Nellickal had received the Kerala Sahitya Academi award in the `poetry' section for his collection, Nellickal Muraleedharante Kavithakal in 2004. He died on 25 April 2010. He had been selected for the Edassery Memorial award in 1985 for his book Purappad. He also received various other awards like the S.B.T award for 'Paandi', Poonthanam award for poetry, K.C Chacko Award etc. He had the rare honour of having a book published during his lifetime with studies of his poems by noted Malayalam authors and poets like O.N.V Kurup. 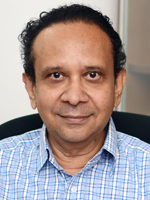 Thanu Padmanabhan is an Indian theoretical physicist and Cosmologist whose research spans a wide variety of topics in Gravitation, Structure formation in the universe and Quantum Gravity. He has published more than 230 papers and reviews in international journals and ten books in these areas. Many of his contributions, especially those related to the analysis and modelling of dark energy in the universe and the interpretation of gravity as an emergent phenomenon, have made significant impact in the field. He is currently a distinguished professor at the Inter-University Centre for Astronomy and Astrophysics, at Pune, India. 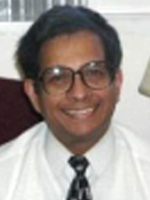 Mullappally Ramachandran is an Indian Politician and a Member of Parliament for Vadakara constituency, the strongest Communist Party of India bastion in Kerala. A member of the Indian National Congress, he is the son of veteran freedom fighter Sri Mullappally Gopalan. Mullappally Ramachandran has earlier returned five times consecutively to the 8th, 9th,10th,11th and 12th Lok Sabha from Kannur, another strong fortress of CPI. In the 15th Lok Sabha, he was Minister of State for Home Affairs, Govt. Of India. 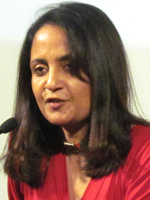 Jaishree Misra is an Indian author whose debut novel Ancient Promises was published and sold worldwide by Penguin UK and became a major bestseller in India. Subsequent books were a comedy of manners called Accidents Like Love and Marriage and a novel about bereavement called Afterwards. Her fourth novel, Rani is historical fiction based on the life of Rani Lakshmibai of Jhansi. This was published by Penguin in December 2007 and banned soon after by the Uttar Pradesh state government in India. In 2009, Misra signed a three-book deal with Avon, the commercial fiction imprint of Harper Collins UK. The first of these books, called Secrets and Lies, was published in June 2009 while the next in the series, Secrets and Sins was released in July 2010. Secrets and Lies appeared on the Heatseekers list in Britain's Bookseller magazine's best-seller lists in the summer of 2009. The third book, A Scandalous Secret, was released in May 2011, at the Hay-on-Wye festival. 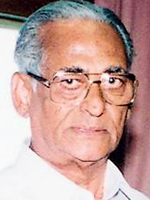 Padinjarethalakal Cherian Alexander was an Indian Administrative Service officer of 1948 batch who served as the Governor of Tamil Nadu from 1988 to 1990 and as the Governor of Maharashtra from 1993 to 2002. He was considered as a candidate for the post of the President of India in 2002. During his time in Maharashtra, he had additional charge of Goa from 1996 to 1998. He was also a member of the Rajya Sabha representing Maharashtra as an independent candidate from 29 July 2002 to 2 April 2008. His career included extended stints with the United Nations and India's Ministry of Commerce and his high-profile appointment as the powerful Principal Secretary to the Prime Minister of India during Indira Gandhi. He also served as the Indian High Commissioner to the Court of St. James's.

Sathyabhama Das Biju is an Indian amphibian biologist, wildlife conservationist and heads the Systematics Lab at the University of Delhi, Department of Environmental Studies. He is dubbed as the " frogman of India " by media for his passion for frogs and for bringing fresh fascination for Indian amphibians. In a recent interview with Sanctuary Asia, he was introduced as "one of the world's foremost amphibian experts". In 2010, Biju in collaboration with national and international institutions launched the nation-wide Lost! Amphibians of India campaign to rediscover species thought to be extinct. In 2011, Biju was the recipient of the Sanctuary Wildlife Service Award. Achutan Ramachandran Nair, popularly known as A. Ramachandran, is a renowned Indian painter, born in 1935 in Attingal, Kerala. In 2005,he was awarded the Padma Bhushan, India’s third highest civilian honour, for outstanding service to the nation. and in 2002, he was elected a Fellow of the Lalit Kala Akademi. 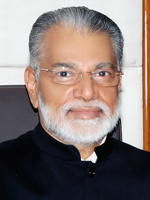 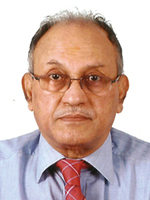 M. Krishnan Nair is a leading oncologist working in India. He is the founding director of the Regional Cancer Centre, Thiruvananthapuram, a director of the S.U.T. Institute of Oncology in Thiruvananthapuram and a professor at the Amrita Institute of Medical Sciences & Research in Kochi. He received the Padma Shri award from the President of India. 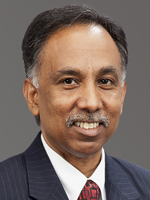 S. D. Shibulal, better known as Shibulal, is an Indian business executive. He was the chief Executive Officer and Managing Director of Infosys, and one of its seven founding members. He stepped down from the post of CEO and MD on 31st July 2014 and was succeeded by the first non-founder CEO of Infosys Dr. Vishal Sikka. Thekkethil Kochandy Alex is an Indian space scientist. He was the director of the Satellite Centre of Indian Space Research Organisation and Member, Space Commission. He specialized in electro-optic systems and satellite technology. Starting with the first Indian satellite Aryabhata he has been responsible for the sensor systems in all the Indian satellites. Under his leadership the Laboratory for Electro Optics Systems was established in 1993 and from the inception he was its director till 2008. From July 2012, he is a "Dr. Vikram Sarabhai Distinguished Professor" at ISRO Headquarters. Dr. A.E. Muthunayagam was born on 11 January 1939. He is a leading Space Scientist in Indian Space Research Organisation and the chief architect of Rocket Propulsion in India. He was responsible for the creation of Liquid Propulsion Systems Centre. For his significant contributions to the development of Propulsion Technology in India, he is known as the Father of Propulsion Technology in Indias Space program. He chose to return to India from NASA, USA for the development of Propulsion Technology in ISRO. He established the Test Stands and Assembly and Integration facilities in Liquid Propulsion Systems Centre, Mahendragiri for testing Liquid Stages of PSLV and GSLV vehicles. He is the Founder Director of LPSC and held the position for 9 years from 30/11/1985 to 14/04/1994. He held the Secretary position in the Department of Ocean Development. He worked as an Executive Vice-President in Kerala State Council for Science Technology and Environment.[3] He worked as Chairman of the Board of Governors of the Indian Institute of Technology, Chennai from 2005 to 2008. He was appointed under Section 11 of the IIT Act of 1961, which lays down the composition of the Board of Governors for each of the seven IITs across the country. Ajit Balakrishnan is an Indian entrepreneur, business executive and administrator. He is from Kerala. He is a resident of Mumbai, India. He is the founder and current Chairman and Chief Executive Officer of Rediff.com, an internet company based in Mumbai. Balakrishnan is also the current Chairman of the Board of Governors of Indian Institute of Management Calcutta (IIM Calcutta) for two five-year terms ending in March 2017. 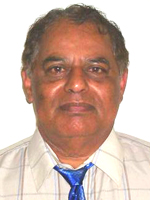 Valiya Mannathal Hamza is an Indian scientist credited with co-discovering, together with Elizabeth Taveres Pimentel, the large aquifer referred to as "Rio Hamza" or Hamza River, which flows deep below and parallel to the Amazon. Hamza is listed as a Permanent professor in the Geophysics specialization at the Brazilian National Observatory. 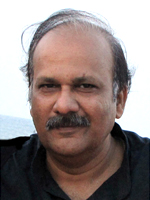 Dr. Murali Sivaramakrishnan is Professor and Head of the Department of English at Pondicherry University in India. He is a poet, writer, painter and critic, and a specialist in Indian aesthetics and literary theory. 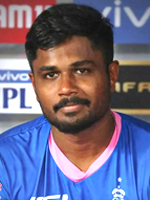 Sanju Samson is an Indian cricketer who represents Rajasthan Royals in the Indian Premier League (IPL). A wicket-keeper batsman, he made his Twenty20 International debut for India against Zimbabwe on 19 July 2015. He is the youngest batsman to score 1,000 runs in the IPL and the youngest cricketer to captain a Ranji trophy side.He represents the Kerala cricket team in domestic cricket. He is the youngest player to score a half-century in the IPL and Champions League Twenty20. He achieved this on 29 April 2013 in the match between Rajasthan Royalsand Royal Challengers Bangalore at the age of 18. Sanju was adjudged as the "Best Young Player of the Season" in the 2013 IPL through an official poll. He was appointed the Vice-captain of the India U-19 team for the 2013 Top End Under-19 Series in Australia. He has been included in the Indian squad for the limited overs matches in India tour of England 2014.